It’s not often that someone with the stature of a Kate Pierson can be seen in a venue that enables an ‘up close and personal’ experience with the artist, but fortunately fans will be able to do just that on Feb. 24 at BSP in Uptown Kingston. One of the founding mothers of the B-52s'(and resident of Woodstock), Kate Pierson, has just released her first solo album called “Guitars and Microphones”. Her first performance after the release of that album will be here at the Front Room of BSP.  Not only was Kate an original member of the B-52s’, who got their start back in the Days of Big 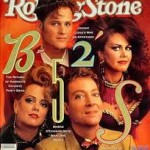 Hair, she has also collaborated with a number of other rock star legends like the Ramones, Iggy Pop, R.E.M., and our own locals, Jay Ungar & Molly Mason. Still playing occasionally with the B-52s’, the 66 year old vocalist and instrumentalist collaborated with singer and songwriter Sia on this album which has taken Kate into a more contemporary direction.

You can read Luke Whelan’s, of Mother Jones, interview with Kate about the album and about her journey with the B-52’s at MotherJones.Com .

BSP will be hosting Kate’s performance on Tuesday, Feb. 24 with doors opening at 7:00PM and the show beginning at 8:00PM. Tickets are $20 at the door and $15 in advance. They may be purchased at Eventbrite or available locally (cash only, no fees) at Rocket Number Nine , outdated: an antique café , Jack’s Rhythms , Darkside Records & Gallery ,and  Woodstock Music Shop .

Foodie Paradiso: A Journey Back in Time at the Third Rail 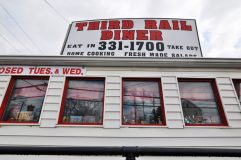 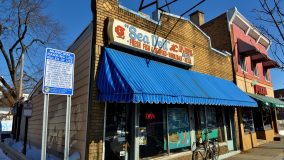 Foodie Paradiso: A Sense of the Sea at the Sea Deli
Scroll to top
×