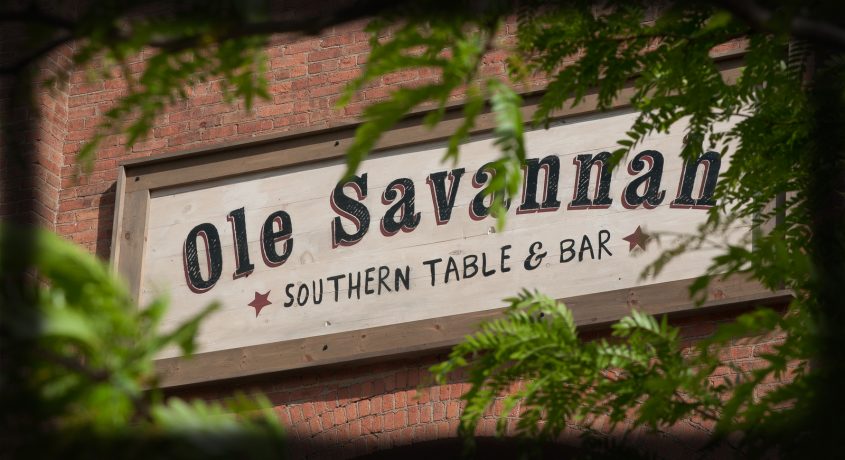 Ole Savannah Southern Table and Bar, located in the former Steelhouse on the Historic Roundout Waterfront, opened a week ago—just in time for summer. No other restaurant in Kingston offers such fabulous views of the creek as does Ole Savannah’s capacious deck, and wolfing down corn fritters and a rack of St. Louis ribs against the backdrop of glittering water and skidding clouds, cooled by the river breezes, will doubtless become one of the highlights of summer.

The brick building, a cavernous former foundry with exposed industrial wood beams, 1890s-style lampposts, iron railings and barrels positioned along the balcony, is an event in itself. There are two bars, one inside, the other tucked away in a sheltered spot on the deck, each refitted in reclaimed wood; an antique canoe is suspended over the creekside bar, reinforcing the river theme. To come up with a menu to match such auspicious surroundings, co-owners Frank Guido, Mark Guido, Joe O’Connor and Dave Amato, have brought in renowned chef Kenny Callaghan, of the highly regarded NYC restaurants, Blue Smoke, Union Square Café, and Jazz Standard, as their consulting chef.  The Southern-inspired menu offers three kinds of barbecue—Texas beef brisket, pork shoulder smothered in a vinegary, South Carolina-inspired sauce, and St. Louis-style ribs. Callahan’s traveled all over the South and Midwest, sampling the various regional barbecue, so the versions he’s come up with are authentic. 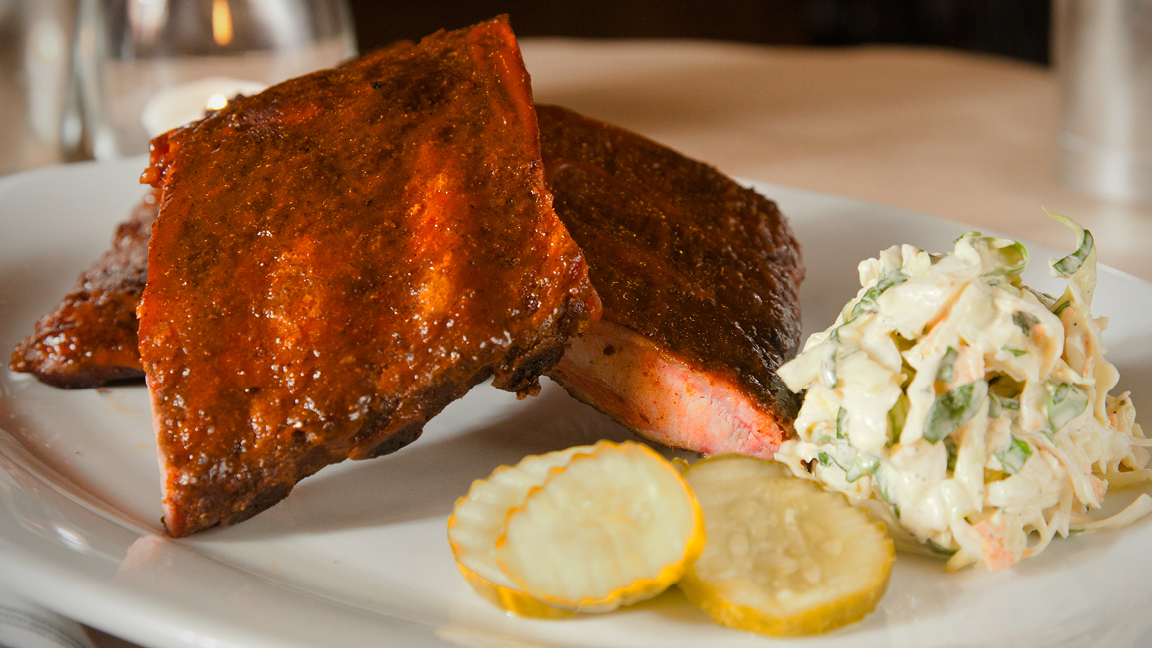 He sums up the menu as “simple comfort food, which I try to jack up a bit.” That means fine-tuning the flavors, evident in the two appetizers we ordered: Fried Green Tomatoes was accompanied by a buttermilk ranch dressing and a festive sprinkling of sliced cherry tomatoes, while the corn fritters, served in a paper cup, were utterly addictive dipped in whipped butter delicately sweetened with maple syrup. Besides the barbecue—we ordered the beef brisket, which is served dry—the menu features such Southern classics as blackened catfish, chicken gumbo with Andouille sausage and creole spices, fried chicken, short ribs with mashed potatoes, and low country shrimp and grits, along with sides of collard greens, baked beans, biscuits, and mashed potatoes and gravy. The appetizer menu also includes smoked chicken wings, BBQ shrimp served with a grilled baguette, chilled shrimp seasoned with lime and cilantro, and deviled eggs with Applewood smoked bacon. Beer, pork, and oyster po-boy sliders round out the menu; on a hot day, the watermelon & Coach Farm goat cheese salad, seasoned with salt, mint, lemon zest and olive oil, and the black kale caesar salad, which can be ordered with grilled chicken or shrimp, are cooling options. 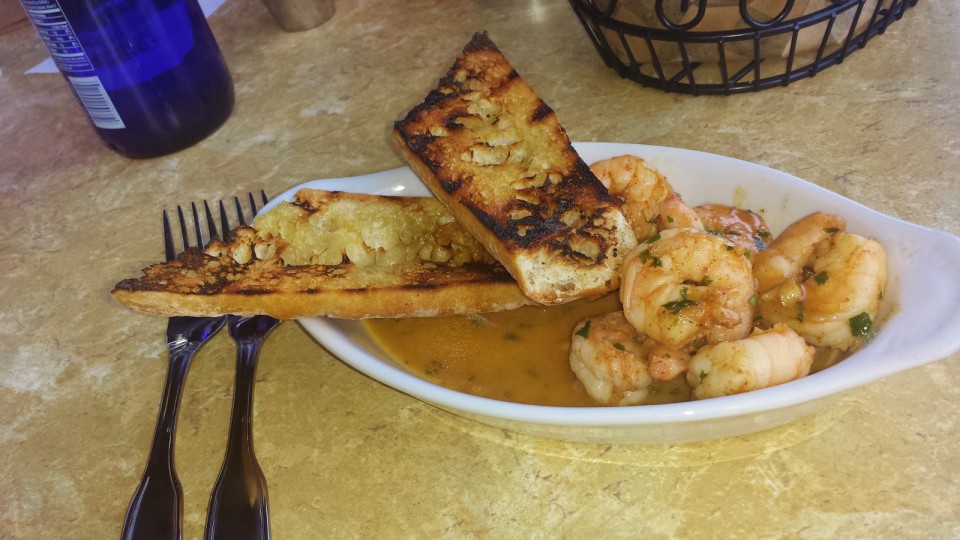 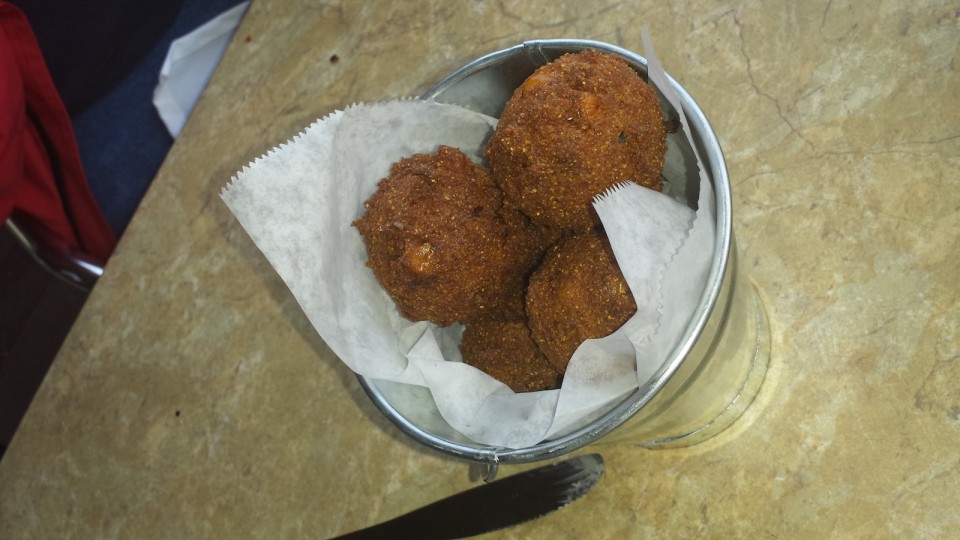 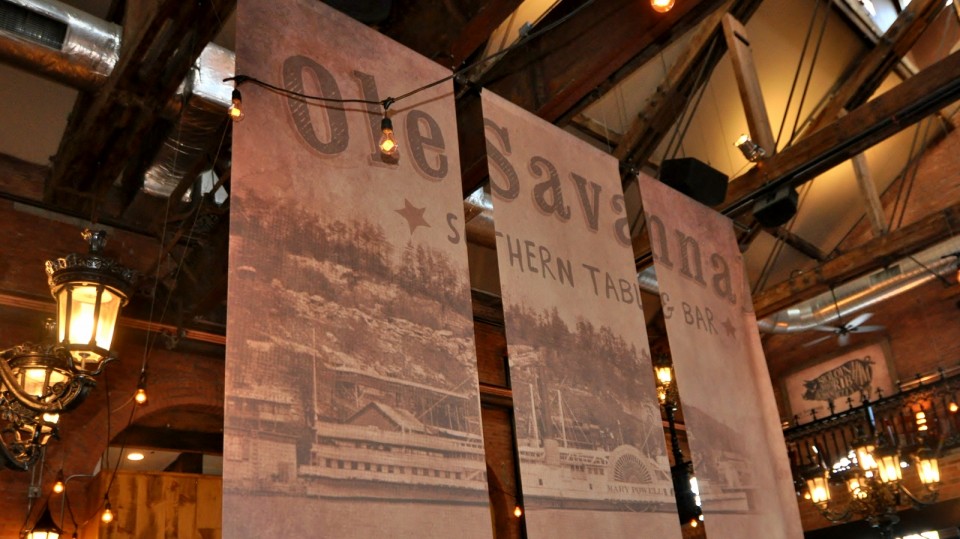 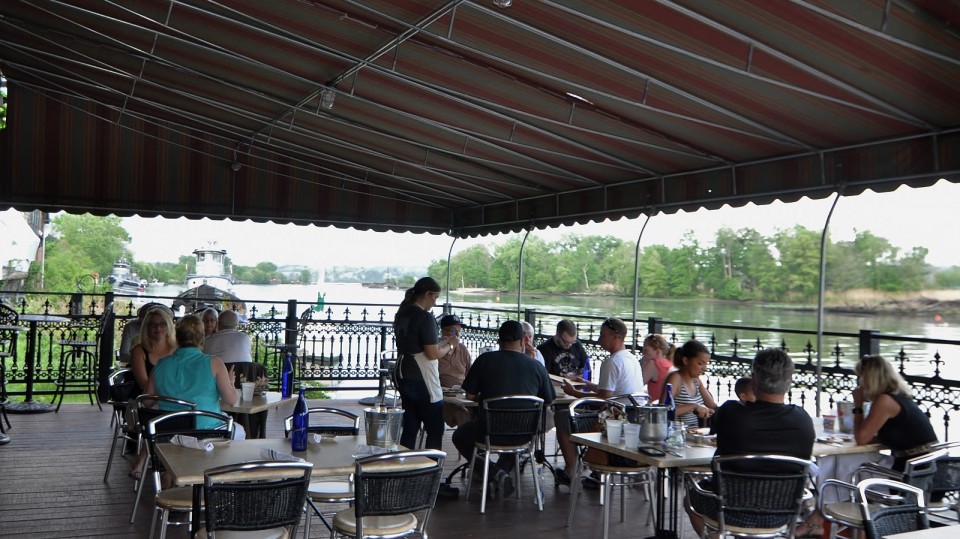 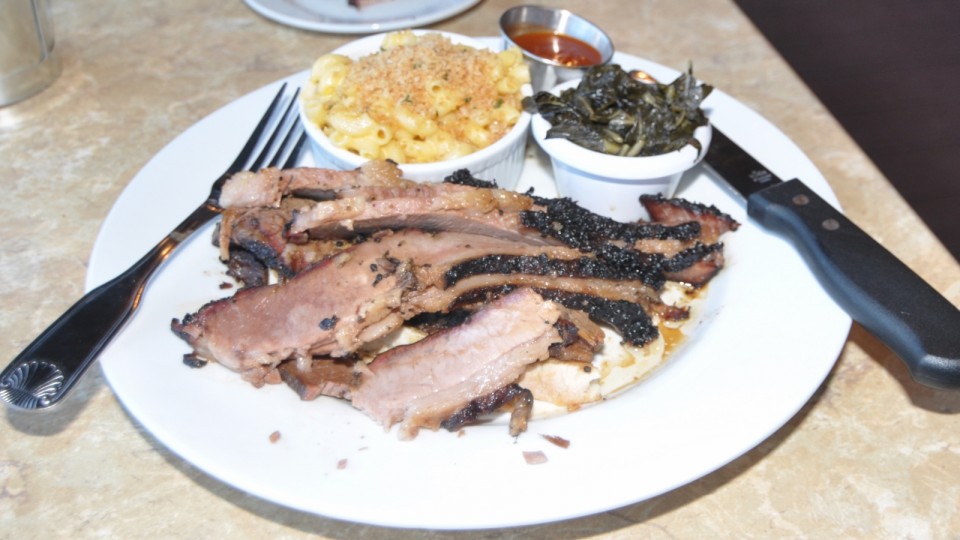 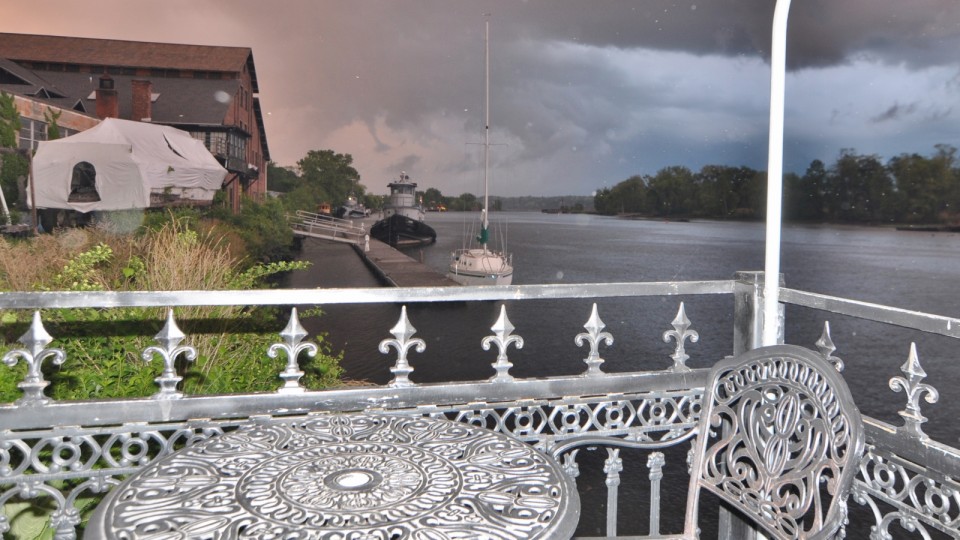 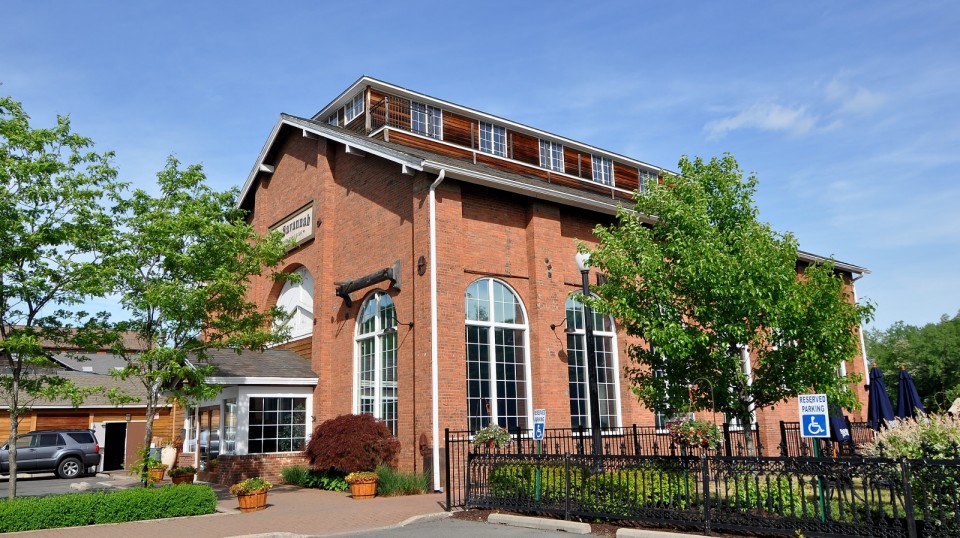 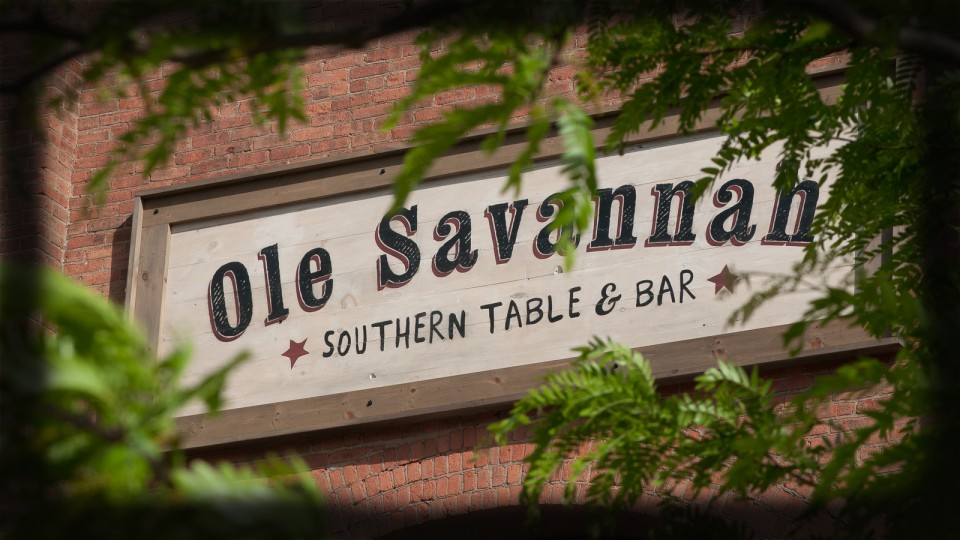 To up the enjoyment of creekside dining, Ole Savannah serves a selection of hand-crafted cocktails, including the house specialty, the Mason-Dixon Mojito, concoted from Owney’s rum mixed with house-made lemonade, spiced honey syrup, and mint. There’s also a ample selection of beers, including several artisan brews, and a full wine menu. Ole Savannah will soon be open for lunch as well as dinner. 100 Rondout Landing, 331-4283. 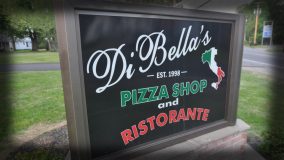 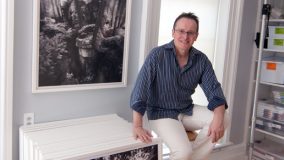