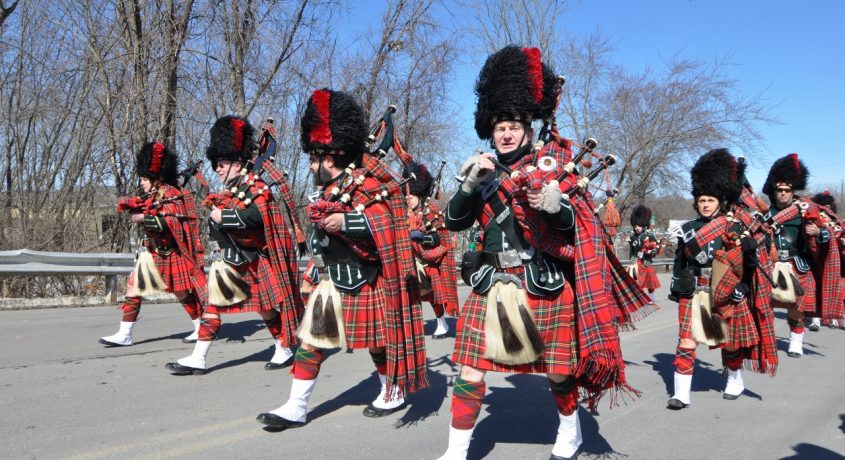 It’s that time of year again when the city of Kingston busts out of the doldrums of winter when the Ancient Order of Hibernians, Fr. Con Colbert Woulfe Division 1 Ulster County  and the Ladies Ancient  Order of Hibernians Division 5 of Ulster County in cooperation with the City of  Kingston, NY puts on the biggest party of the year that stretches the length of the central corridor of the city and gets thousands of people to participate in and many thousands

more to celebrate. The 2016 St. Patrick’s Day Parade and Shamrock Run will kick off at 12:50PM, Sunday March 13, with the race beginning first and the Parade following immediately after. Each year, thousands of people line the streets from Kingston Plaza to the Rondout Waterfront to watch thousands of not-so-serious runners(on this day anyway) go by as well as Irish-themed floats and the usual stream of fire companies and other local organizations. Before, during, and after the parade, local restaurants and taverns are getting their Irish on with Irish food, music, and libations in what amounts to city-wide party.

Billed as a “flat, fast, and first class race”, this run is still meant to be a ‘fun race’ and is anticipated to attract aprox. 4000 or

more runners this year for the slightly over two mile race. A portion of the proceeds from registrations and sponsorships will go to the Semper Fi Fund this year to benefit wounded Marines. An added feature of the race is the attempt to break the Guinness World Record for ‘Number of Runners Wearing a Kilt’ so spectators may run the risk of their eyes going into ‘plaid shock’ as runners sporting kilts blaze by.

Anyone interested in running can still register and for those that want to run and help break the Guinness record, kilts are available at a reduced price. For more information, go to:   http://www.shamrockrunners.org/

Kicking off at 1:00pm and featuring well over 100 entrants, Kingston’s St. Patrick’s Day Parade is the biggest in the Hudson Valley and can entertain for hours. Entrants cover the gamut and will be judged based on the following categories:

Like any parade, it isn’t complete without a contingent of dignitaries. Besides the usual local government officials that accompany every notable parade, this years St. Patrick’s Day honorees are the following:

Here are some images from previous parades. 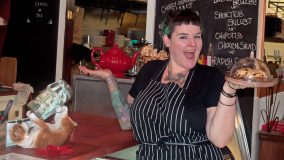