Each year for the past 28 years, the Ancient Order of Hibernians, Fr. Con Colbert Woulfe Division 1 Ulster County and the Ladies Ancient  Order of Hibernians Division 5 of Ulster County, with support from with the City of  Kingston, NY, create the centerpiece of a city-wide celebration of St. Patrick’s Day. With a 2.1 mile ‘fun run’ that attracts approximately 4000 runners and a parade with bagpipers, bands, and anything else you can imagine, the central corridor of the city turns into a festival that thousands turn out to be a part of.

The Shamrock Run attracts participants from competitive, seasoned runners to stroller pushers entering just for the fun of a brisk jaunt down Broadway from the Academy Green to the Rondout. The sight of thousands of participants blasting off on the sound of the tiny cannon that signals the start of the race is pretty impressive. Each year the Hibernians try to persuade as many people as they can to run the race in a kilt in an attempt to eventually break the Guinness World Record for number of runners in a kilt. Each year, more kilts are seen but there’s a lot more ground to cover in order to break the record.

This year’s top 3 finishers were as follows:

The parade is always epic by local parade standards with well over 100 entrants of all kinds and provides entertainment for the entire afternoon. This year’s Grand Marshall was Christine Hein and the Irish Mayor of the Day was Rose Ferraro Bruck. The 2016 Irish Princess was Allie Rose Gardner and Liam Doyle was the Bearer of St. Patrick  Each year trophies are awarded to entrants by category and this year’s winners are as follows:

More details on the parade can be found at http://www.ulsteraoh.com/

KingstonHappenings.Org publisher and ‘Flying Fashion Faux Pas’ , Kevin Godbey, is here taking one for two teams in the Stewart plaid kilt to help break the Guinness Record, while sporting the retina-destroying lime green of the Essential Fitness Team. The clashing cobalt blue running shoes ensure the total lack of any fashion sensitivity whatsoever.

KingstonHappenings.Org is always in the middle of the action of major events like St. Patrick’s Day in the Kingston area to capture and preserve positive images of an active and engaged community. Events like St. Patrick’s Day, the O+ Festival, Fourth of July, and others are impressive examples of local non-profit organizations, businesses, and government collaborating and functioning well as a team.  Each week thousands of local residents and people outside of the area view KingstonHappenings.Org’s website, Facebook Page, and newsletter and we unabashedly show off all of the great things that are happening here. Hopefully that visibility encourages more people who live in the area to participate in these events and for others to show more of an interest in the Kingston area.

This week we enlisted the help of Esther Joy of ProjectEJ.com  to be on the scene and journal one of the biggest events of the year in pictures because yours truly was actually participating in the Shamrock Run. We’ve got some awesome images for you of this community coming alive after a long winter and we hope you enjoy each one.

All photos by ProjectEJ.com (because yours truly was too busy running in the Shamrock Run) Feel free to tag any familiar faces! 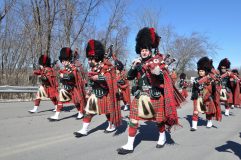 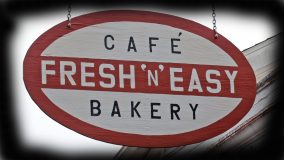 Foodie Paradiso: The Food is Fresh and the Livin’ is Easy
Scroll to top