Many people look with longing at sailboats gliding on the Hudson River and wonder how they can get out on the water to experience the majesty of sailing on our river, surrounded by beautiful mountains. Now, there is a way for everyone to get out on the Hudson. The Hudson River Maritime Museum, in partnership with the Kingston Sailing Club and Rondout Rowing Club, founded the Riverport Sailing & Rowing School in 2017. Featuring youth sailing and rowing programs, adult sailing classes, and US Sailing instructor certification classes, Riverport Sailing & Rowing School seeks to get a new generation of enthusiasts out on the water.

I first learned to sail as a child with my family in Long Island, and I was very active in racing sailboats on Long Island Sound as a young person. But, over the years, life, work, and family obligations intervened, and I wasn’t able to sail as much as I would have liked for a number of years. However, I became more involved in local Hudson River sailing when I joined the Kingston Sailing Club (KSC) , an active group of sailors, sponsored by the HRMM, about ten years ago. In 2012, I bought my C & C 26 Racing/Cruising sailboat, and I became a KSC board member in 2015, first as KSC Secretary for two years and then as Race Committee Chair in 2017 and 2018.

Like many lifetime sailors, I enjoy sharing my love for sailing with others. I especially looked back fondly on my memories of learning to sail in a youth sailing program for most of my childhood on Long Island Sound. Many times after a race, when chatting over a cool beverage, we KSC sailors would talk about how we’d love to get local kids out sailing on the Hudson. . . . .
Meanwhile, as a woman skipper, I was and am very aware there are so many more male skippers than females and that women face special challenges in learning to sail and in becoming confident captains. I often mentor women sailors on my boat, but I wanted to do more than that. I thoroughly enjoyed attending the National Women’s Sailing Conference in Marblehead, Massachusetts in 2014. It was a revelation to have confident women sailors teach me about navigation, crew overboard retrieval, diesel engine maintenance, etc.

When Deb Medenbach, a Kingston Sailing Club board member, suggested that we host a similar women’s sailing conference at Hudson River Maritime Museum (HRMM) in 2017, I was thrilled to sign on as Deb’s assistant. One day at a party, over a glass of wine, Deb, MJ Reiss, and I, all super capable KSC woman sailors, talked about how we could get more women on the water. . . . To make a long story short, we created “Women on the Water,” a woman-run sailing experience, which debuted in May of 2017, as a complement to our conference, which was to be held on land.
The Riverport Women’s Sailing Conference, held in March 2017, offered eight workshops taught by amazing women mariners and sold out, with sixty women attending, and participants asking for more. Many women signed up for our Women on the Water sailing program, and we began to build a group of women sailors who are learning and growing in confidence. The 2018 Conference expanded, offered fifteen workshops, and was also well-attended and inspiring.

Meanwhile, back at the KSC/HRMM ranch, people kept talking about the amazing energy that was building at the Riverport Wooden Boat School. Created in 2015, when the Hudson River Maritime Museum was able to purchase the former Rosita’s restaurant, and led by master shipwright Jim Kricker, the school hired shipwrights, developed a cadre of skilled volunteers and instructors and began working on huge projects, such as a complete rebuild of Pete Seeger’s sloop Clearwater; a rebuild of the sloop Woody Guthrie; building of the Solar Sal, a 40-foot exclusively solar-powered vessel; building of the Wherry wooden rowboat and many small projects while training young people in its Youthboat programs that build teens’ skills and confidence around boat building.

Over the past few years, KSC has been able to host its monthly board meetings year-round and its weekly skipper’s meetings during the sailing season at the Riverport classroom. The Riverport Wooden Boat School has offered classes to the public at Riverport on diverse topics such as building your own canoe, building a wooden kayak paddle, building your own guitar, plus a host of lectures and the women’s sailing conference.

In 2017 our local Sea Scouts Ship 609 restarted. Led by Bill Eggers, the group meets weekly and sails a 26 Pearson Sailboat which was donated to HRMM, with youth ages fourteen through twenty one. For more information, look up BSA Sea Scout Ship 609 on Facebook.

More and more excitement began to build in 2017 about the possibility of teaching sailing to local youth. When Lisa Cline, Executive Director of the HRMM, asked me to lead the organizing committee for a new sailing program, I was overbooked and concerned it would be too huge of a project; but I just couldn’t say no. I hosted the first Riverport Sailing Program Organizing Committee meeting in April 2017. I was blown away by the number of people who attended bi-weekly meetings and by the variety of skills and talents these volunteers possessed.

Each meeting, the newly formed group faced new challenges, and each meeting someone volunteered a creative solution. Working together we created a pilot youth sailing program that took place over two weeks in August 2017. HRMM board members and KSC members John Stephenson and Dale Wolfson were instrumental in getting our programs off the ground. Generous donors gave or lent boats to HRMM, including three nineteen-foot Lightning sailboats, one sixteen-foot Merit, and one sunfish, which were used for our pilot program.
In June 2017, the Riverport Sailing and Rowing School was officially started and we hosted a US Sailing training course for instructors to be certified to teach on small boats such as our fleet. Ten adults took the training course and were certified as US Sailing Level I Instructors. Several of these folks, myself included, taught youth in our pilot program. Our high-level program, based on US Sailing standards and curriculum, is taught by adult US Sailing Certified instructors and puts safety first, with fun and learning a close second.

We had room for four twenty-four participants in our two-week pilot. Twenty two students signed up, the feedback was extremely positive and students clamored for “more sailing, please!” We created a fall racing program, where graduates of the 2017 Riverport Sailing School crewed for instructors aboard Lightning sailboats and raced during Kingston Sailing Club Sunday races in September and October.

Over the winter, the organizing committee continued to meet and plan and work and strategize. We collaborated with Wayne Ford, head instructor of the Riverport Wooden Boat School’s Youthboat Program. Wayne led his adult volunteers and students in building a fleet of four beautiful Optimist Pram sailboats. These eight-foot long wooden sailboats have one sail and are stable and safe boats for one or two kids to learn to sail.

In addition, Bill Sterling, one of the Riverport Wooden Boat School Instructors, volunteered to lead other adults in building two more Optis. Ralph Perecca, Tiffany Runge, John Van Buren, Kevin McHugh, Tom Macom, and others have worked so hard to create these boats. Our 2018 homemade fleet will consist of six boats built by the RWBS! We have also been gifted four Optis generously donated by the Nyack Boat Club to add to our fleet of small sailboats!

We offered land-based Sailing 101 classes for adults during the winter and spring of 2018, and we offered an expanded Women’s Sailing Conference in March of 2018, which was very well attended. The Women on the Water sailing experience is going strong this spring and summer. Interested women can email the Kingston Sailing Club for information at kingstonsailingclub@gmail.com.

Amazing donors have come forward to support our youth sailing programs with contributions from Rowan Woodworking in Kingston, the Eva Fund in memory of Eva and Herbert Kufner, the Woodcrest Bruderhof, individual small donors through a Crowdrise fundraising effort, and many individuals too numerous to name who have donated boats, parts, boat-building skills, time, and sweat.

With the help of all these folks, we have developed the 2018 Riverport Sailing and Rowing School Youth Sailing Program, which will be offered for four weeks, with each week able to host twenty-two students, who will sail on Lightning and Optimist Pram sailboats. Our first week is scheduled for July 23 to July 27, and we have just a few spaces left in this program.

There are more spaces available in weeks two, three and four, July 30 through August 17. Students ages nine through eighteen may sign up for one or more weeks, and these weeks do not need to be consecutive. Each week will be custom designed for the participants who sign up for that particular week by our staff of US Sailing Certified instructors.

In partnership with the Rondout Rowing Club, we will also be offering youth rowing workshops for two weeks in July, 2018, starting Monday, July 9th and running through Friday, July 20th. Registration will be available through the YMCA of Ulster County.

Adults can also learn to sail by signing up for one of our Basic Keelboat classes on Thursday evenings or Saturdays. The courses will enable graduates to become competent basic sailors and join our wonderful community of mariners. We also offer custom sailing lessons for youth and adults aboard the museum’s 25 foot and 26 foot keelboats or aboard students’ sailboats.
Individuals who are interested in signing up for our courses should go to www.hrmm.org or call (845) 706-8881. We hope to see you out on the Hudson! 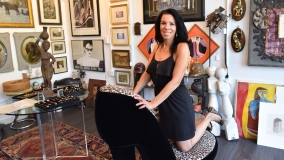 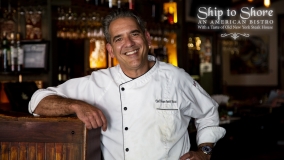