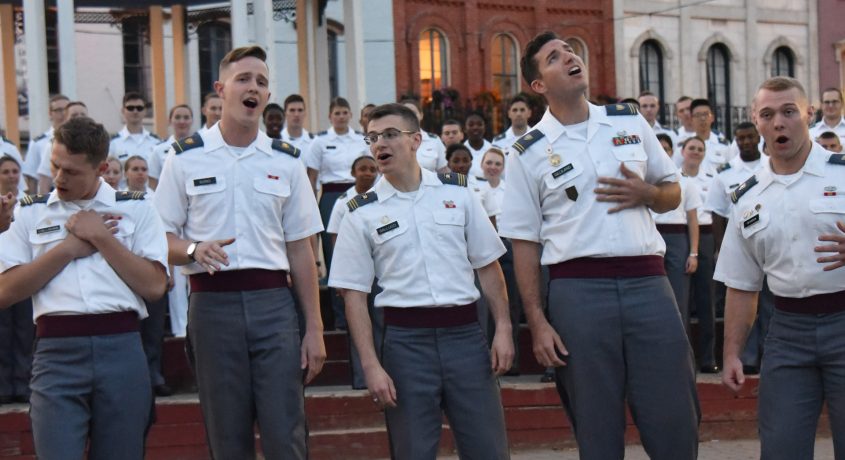 Last Saturday night the City of Kingston was the benefactor of a benefit of a bit of serendipity when the West Point Glee Club was able to give an impromptu performance at the Kingston Rondout Waterfront’s T.R. Gallo Park. Even though the event was publicized on very short notice, there was a crowd of 200-300 who were thrilled to see a group of young, energetic performers in uniform performing numbers ranging from “Anchors Aweigh” to “My Shot” from the Broadway musical Hamilton. Even people that weren’t able to attend the performance were treated to seeing the parade of cadets trek from where they were practicing on Hasbrouck Ave. down Broadway to the park where they performed.

The Glee Club’s connection to Kingston was through it’s accompanist,  Andrea Shaut, who offered up her church-converted-to-home as a place for their  pre-performance season rehearsal crunch. When asked how this all came to be, here is what she had to say:

“At the beginning of the semester, we do an intensive rehearsal day to prep for the year. We are often called last minute to perform at prestigious events and need to be ready to go from Day 1. Actually, we need to be ready before the semester even starts – we had a few performances before the full 2017-2018 club was formed. Our normal rehearsal place wasn’t available, so I offered my home. This was back in June. The staff and I kept it a secret from the club until the moment they arrived. We knew they would be excited to be in my new home. Last minute I thought it would be nice for the cadets to get to know Kingston and for Kingston to experience a rare opportunity to hear us perform. For me, it was a way to connect my two families – City of Kingston & West Point Glee Club. We walked from my house to T.R. Gallo Park to see some of Kingston, and we built in time after the performance for the cadets to meet residents and walk around a bit. It was a great first performance for us, and Kingston was an impressive first audience!”

It was indeed fortunate that the City of Kingston was able to leverage a connection like this to provide such a unique entertainment experience. The West Point Glee Club has been giving live performances for over 100 years in some of the most prestigious venues in the country, on major networks, and in feature film productions. For more information about the Glee Club, please go to:http://www.usma.edu/glee

The West Point Glee Club is performing at T.R.Gallo Park. 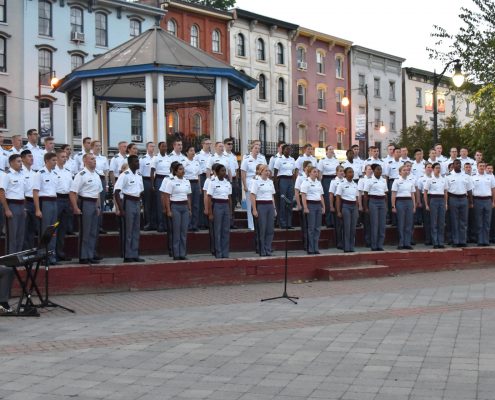 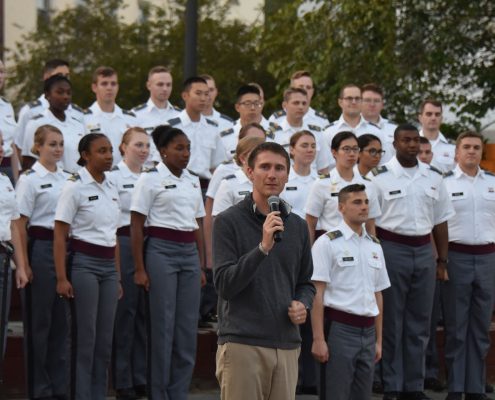 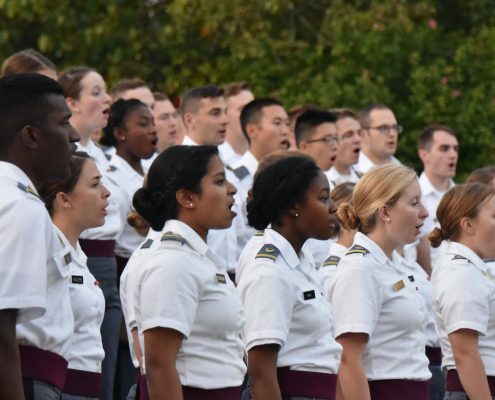 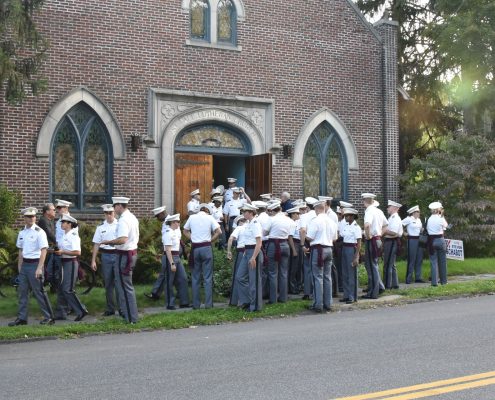 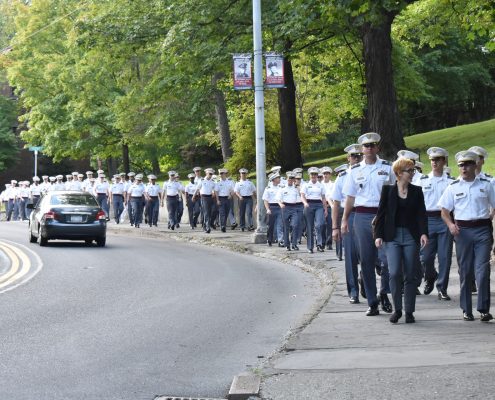 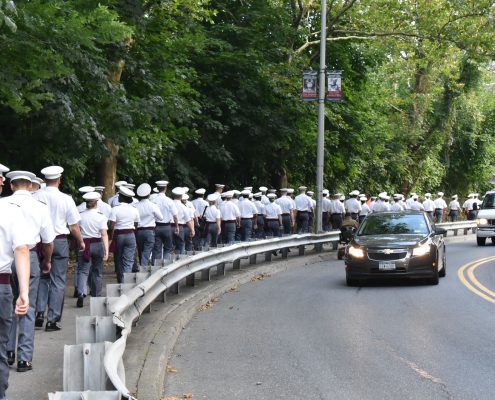 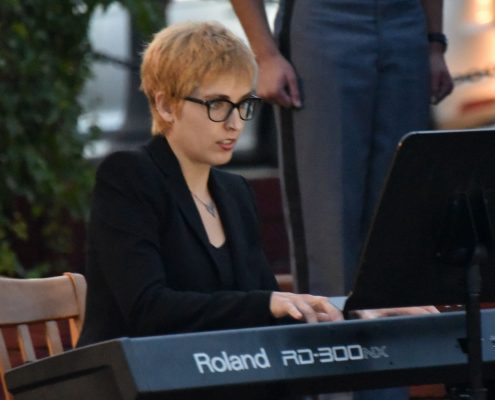 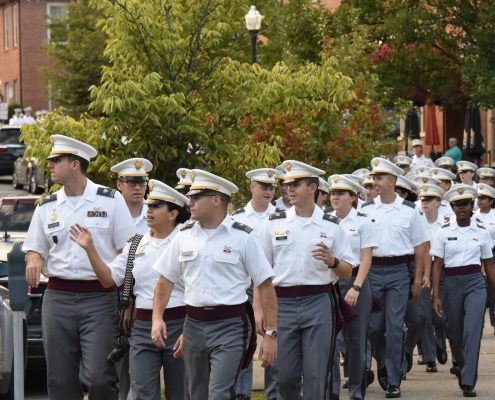 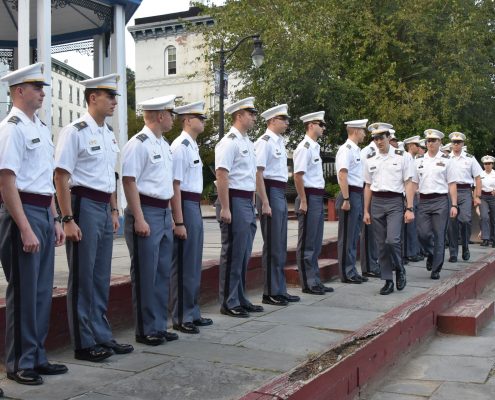 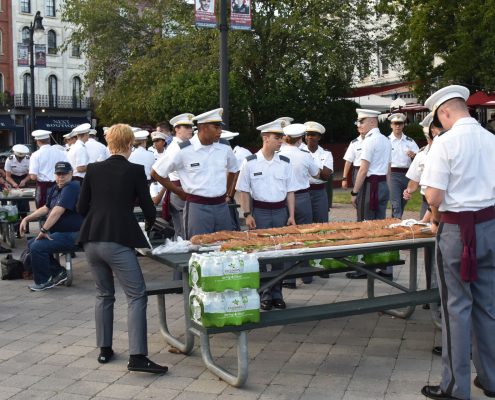 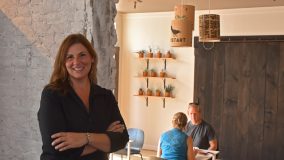 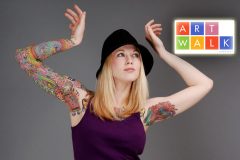