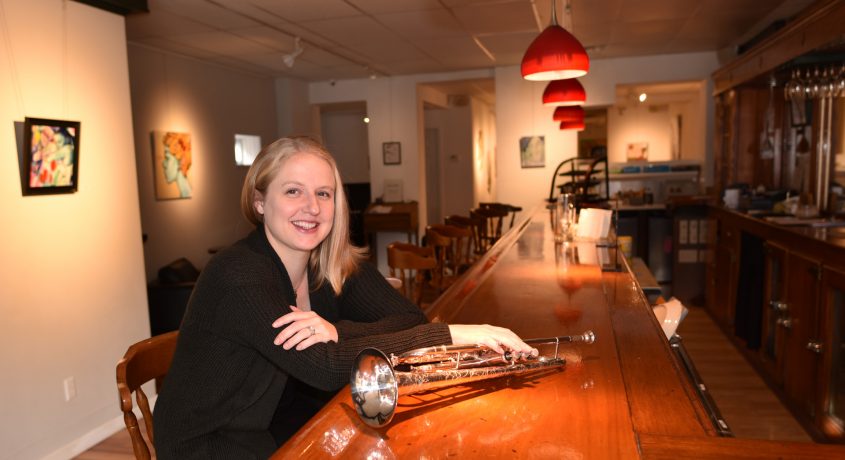 The allure of becoming engaged in any community is getting to know all the facets and stories of people living within a community and developing a deep appreciation for the talent and energy that is available within it. This week’s Doer and Dreamer has accomplished a lot at a very young age and has her sights set on much more. Classical music and art may seem a bit out of place in Midtown but if anyone can help establish it there, she can.

Your name: Laurie Sakhnovskiy (formerly Krein to those Kingston residents)

What is your approach to your business or occupation that makes you unique?
I strive to find what people want or need, not what I personally want or need. By doing so, I hope to help fulfill their lives a bit more. As a skating coach, I don’t want everyone to go to the Olympics, as that is not realistic, but instead, try to find the skater’s strong points and work off of those to create success. With ARTBAR Gallery and Midtown Music, I applied the same sort of principle. Upon moving back upstate, I saw that Kingston has amazing art shows curated and with events like first Saturdays, ARTWALK, etc. pull in a lot of artists from around the area. However, the organization of music seemed a bit askew… by introducing curated music series, I hope to interest people not only in music that they like, but perhaps also in music they never thought they would enjoy before. The best part about this is that we have an amazing venue, ARTBAR Gallery, where our wine bar and general artistic atmosphere really lend itself to live music performance.

Where are you from originally?
Born in New Jersey by McGuire Air Force Base, but truly raised here in Hurley and attended Kingston City Schools after my dad was done with the air force. Both my parents were born and raised in Kingston.

What brought you to the Kingston area and keeps you in this area?
In August 2006 I moved down to Queens and resided there until September of last year (2016). Upon completing my bachelors and masters in Trumpet Performance at the Aaron Copland School of Music, I was extremely fortunate to not only perform as a soloist for orchestras and more, but also subbed on Broadway, and was the recording artist for 30 Rock and Unbreakable Kimmie Schmidt soundtracks as well as for several other films. In addition to my figure skating career, music kept me in the city until having my first child. My husband and I then decided to move back up as we didn’t want to raise our son in the city and we wanted to be closer to family.

What is your favorite hangout in this area and why?
ARTBAR Gallery! But also, I love Pakt brunch in midtown and going to South Manor bookstore downtown!

When you’re not in Kingston, what’s your idea of a wonderful city to visit, and why?
It’s a toss up between Rome, Italy and San Francisco. I love the artist culture in San Francisco, but I love the food and history of Rome. If they existed as one “San Romisco” that would be perfect!

Tell us something that we never would have guessed about you.
In my “youth”, I won Junior Nationals in pairs figure skating, and went on to compete internationally. I met my husband, Sergei Sakhnovskiy, through figure skating though he was far more successful as a three time Olympian and world Bronze medalist ice dancer.

Pairing It Up for Wine at The Forsyth 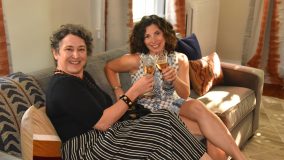 Halloween Happenings Here in the Kingston Area !
Scroll to top