Tyondai Braxton is an American composer and electronic musician who has been writing and performing music under his own name and collaboratively since the mid-1990s. Having recently completed a residency at Public Records in Brooklyn, Braxton incorporates electronic and modern orchestral elements into his music, which ranges in scale from solo pieces to large-scale symphonic works. The former front man of experimental rock band Battles, Braxton has focused on his own work since 2010, including his critically acclaimed album Central Market, which has been performed by world-renowned orchestras such as London Sinfonietta, the Los Angeles Philharmonic, and the BBC Symphony Orchestra and HIVE, a multimedia project for three percussionists and two modular synthesizer performers which premiered at the Guggenheim in NYC.

Jefre Cantu-Ledesma is a multi-instrumentalist,[1] member of several bands, and co-founder of the Root Strata record label based out of San Francisco, California. Cantu-Ledesma got his start in the band Tarentel. He was one of the founding members and is still a primary figure in the band’s line-up. Cantu-Ledesma continues to be involved with many musical projects. His label, Root Strata, has an extensive catalog that includes artists such as Tarentel, Grouper, Yellow Swans, Charalambides, Keith Fullerton Whitman, Oneohtrix Point Never, Barn Owl, Starving Weirdos, Gregg Kowalsky, and more.

Ben Vida lives and works in New York. He holds a Masters of Fine Arts from Bard College. As an artist and composer, he has been an active member of the international experimental music community for two decades with a long list of collaborators, projects and releases to his credit. Vida has performed as a musician in several bands since the mid 1990s. He co-founded the minimalist quartet Town & Country and continued to perform as a guitarist and trumpeter for the band. Vida was also a member of Pillow and Terminal 4 and recorded and performed solo as Bird Show and in the Drag City band Singer. In addition to his musical endeavors, Vida has exhibited his work as a contemporary artist in recent years. His work has been performed and presented in New York at the Guggenheim, Audio Visual Arts, and The Artist’s Institute; in London at The Institute of Contemporary Art and The Royal Festival Hall as part of the Meltdown Festival; in Chicago at The Museum of Contemporary Art; and other locations such as the Sydney Opera House, Leap Gallery, Berlin, and Museo d’Arte Moderna di Bologna.

Chantal Michelle is a New York City-based artist who works with acoustic instrumentation, synthesis, field recordings, and voice to form densely textured aural landscapes. Her work is characterized by tension, disparate sounds, and non-linear arrangements. It has been realized as sound installations, live performances, and recorded material. She has released two full-length albums, Night Blindness (Quiet Time, 2021) and the collaborative Aunis (Injazero, 2019), both to critical acclaim; The Wire called Night Blindness “a dynamic and engrossing narrative,” and Aunis received praise in The Guardian as “a virtually unprecedented palette of synth sounds.” Her most recent release, a long-form composition for manipulated field recordings, feedback, and acoustic instruments titled Pulse, Puls-ar, Procession (Dinzu Artefacts, 2022), was included in Bandcamp’s monthly list of Best Experimental Music. 2023 will see her releasing new work on Archaic Vaults, Somewhere Between Tapes, and Warm Winters Ltd.

Grace Villamil is an artist from CA living in NYC for 15 years. She creates immersive installations. Her installations have been commissioned for public spaces by Danny Bowein/Mission Chinese and Emily Weiss/Glossier. Her installation was one of the most highlighted during Armory week 2015 as part of the Spring/Break Art Fair. She published her photo book Pasalubong in 2013 of her experience in the Philippines. Her photography has been commissioned for narrative projects & record album artwork in the UK, Japan and the US.

Booker Stardrum is a composer, percussionist, producer, and educator. Stardrum’s music is a highly personal amalgamation of electro-acoustics, minimalism, ambient, jazz, and contemporary experimental electronic music. His compositions are sculptural, carved from the dense layering of instruments and manipulated samples, a pantonal harmonic sense, and an intuitive approach to rhythm. Stardrum has released three solo records (‘Crater’ in 2021, ‘Temporary etc.’ in 2018 and ‘Dance And’ in 2015). Throughout the last decade, Stardrum has collaborated, toured, and recorded with Horse Lords, Lee Ranaldo, Carl Stone, Wendy Eisenberg, Weyes Blood, Lisel, Yuka C Honda, jaimie branch, Cloud Becomes Your Hand, Landlady, and the Young Jean Lee Theater Company, in addition to countless experimental and improvisational collaborations. He has toured in the US, Europe, Asia, and South America and has performed at such festivals as Big Ears (US), Rewire (NL), Le Guess Who (NL), Moers (DE), Meltdown (U.K.), Brighton (U.K), Festival Bo:m (ROK), Hopscotch (US) and Ecstatic Music (US). His discography includes solo and collaborative releases on independent labels such as NNA Tapes, Northern Spy Records, Mexican Summer, Saddle Creek, Luminelle, Prom Night Records and Home Tapes. 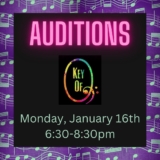 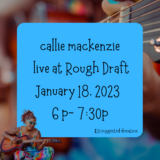