A two-fer, Spaghetti Eastern Music opening and Spaceheater following.
Spaghetti Eastern Music is the genre-leaping solo project of Saugerties guitarist/keyboardist Sal Cataldi. In Spaghetti Eastern, Cataldi marries acid jazz-fueled electric guitar instrumentals and ambient soundscapes a la Fripp and Eno with bare-bones acoustic ballads and folktronica out of the Nick Drake/John Martyn school. The New York Times says Cataldi “has a beat unmistakably his own” while Chronogram called his most recent release, the solo guitar score for the dance piece 2x2x4, “cool, melodic, inspired and transcendent, a wave of sonic warmth.”
spaceheater is a new quartet comprised of four veteran Hudson Valley musicians, bassist Dave Strahl, drummer Dana Fasano and guitarists Rick Warren and Sal Cataldi, . Together, they put their effects-driven guitars, thumping bass and polyrhythmic drum assault to work on everything from the heaviest rock to jazz and blues to ambient and industrial sounds, in both originals and obscure covers. The latter span from early Pink Floyd to electric-era Miles Davis to the incessantly melodic jingle emanating from Carvel Ice Cream trucks every summer.
spaceheater is an apropro name for the group as it was birthed during rehearsals in the cold winter months of 2021/22 at Kingston’s Green Kill art gallery. While jamming there, the group was warmed by space heaters, ones whose fumes may have played a role in imbuing their work with its unique hallucinatory bend. Their sound combines the loose meandering jammage of “St. Stephen”-flavored Grateful Dead with the edgy prog/industrial/space rock improvs of latter-day King Crimson and Krautrock.
Emerging from the dirt known as CBGB and the ‘70s NYC underground, bassist Dave Strahl has a style rooted in the downtown punk and no wave scene. His playing first attracted attention in the band New Noise Continuum. Strahl mixes old with new, up with down and in with out. Prior to relocating to Kingston, he was the owner and operator of NYC’s Candy Ear Studios, where he engineered and/or produced recordings by a variety of artists including Jackson Smith of the Patti Smith Group, actor/DJ Idris Elba and Latin flutist Roberto Pitre to name a few. His rehearsal studio, Grey Area, was home to a number of bands including Helmet, Foetus, The Cro Mags, Prong and the Swans.
Kingston-based drummer Dana Fasano is well-known for his recent work with Waster, one of the Hudson Valley’s leading rock/thrash/metal ensembles. Over the past three years, this group has released five well-received EPs and performed at leading venues in the Hudson Valley and beyond. A good deal of his 40-year career was spent recording, performing and touring with Florida-based bands Potsie, Braille Closet, Cotton Candy Cookies & Cream, Oak Hill Drifters, Redmouth, Elvis Christ, Numb Right Thumb and others. Since his return to the area in 2016, he has performed and recorded with numerous bands in genres from punk to funk to exploration prog and jazz, including Jack Rack and The Standback and Owlbrook.
Warren and Cataldi have been working together for two years in the experimental duo, Guitars A Go Go, during which time they produced the acclaimed debut CD, Travel Advisory. Hudson-based Warren studied improvisation at The Creative Music Studio in Woodstock led by renowned jazz vibist Karl Berger. He is active with the Hudson-based Slink Moss and the Magic Stones and the popular acoustic folk duo, Rick and Marilyn, with songwriter Marilyn Miller. West Saugerties-based Sal Cataldi is best-known for his acid jazz meets folktronica solo project Spaghetti Eastern Music, which has been acclaimed in media like The New York Times. He is one half of the duos, The Vapor Vespers, a music/spoken word project with Alaskan poet Mark Muro, and the Hari Karaoke Trio of Doom with Kansas City drummer D. Hitchcock, a group featuring contributions by noted players like Eno/Brand X bassist Percy Jones. Cataldi also composes and performs live solo electric guitar scores for movement works by Charles Dennis, the noted NYC/Hudson Valley based performance artist and co-founder of NYC’s P.S. 122. He is also a music journalist contributing to The New York Times, NYSMusic, No Depression and more.
https://kingstonhappenings.org/wp-content/uploads/2023/01/Sal-Cataldi-fisheye-in-studio-2.jpg 725 1084 anonymous https://kingstonhappenings.org/wp-content/uploads/2013/10/Final-KH-Logo.png anonymous2023-01-25 14:35:262023-01-25 14:35:26Spaghetti Eastern Music & Spaceheater at Station Bar 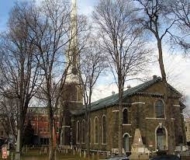