Billy Burnette is without question, the son of Rockabilly! His father Dorsey and uncle Johnny formed the legendary Rock and Roll Trio and combined the names of Billy and his cousin Johnny for the 1953 hit “Rockabilly Boogie” – thus making the term Rockabilly a household name! Billy Burnette’s first hit came at age 11 and he’s gone on to write, record and tour with music’s elite including: Bob Dylan, Roy Orbison, Ray Charles, The Everly Brothers and John Fogerty. He famously joined Fleetwood Mac as a longtime member. Rockabilly icon, Link Wray, described Robert Gordon stating, “he sounds a lot like the early Elvis back when he was at Sun Records.” He and Wray worked together and struck gold with his version of Bruce Springsteen’s “Fire.” “He scored a Top-100 Billboard chart hit with the Marshall Crenshaw-penned “Someday, Someway.” Marshall Crenshaw is one of rock’s preeminent rock’ n’ rollers. His records and songwriting credits span a broad array from Robert Gordon to Ronnie Spector to the Gin Blossoms, with whom he co-wrote their Top-10 single, “Til’ I Hear it from You.” The triple-teat rockabilly juggernaut will be backed by a mean rhythm section and promise one rip-roaring and unforgettable Rockabilly Holiday extravaganza!

FILM: THE NIGHTMARE BEFORE CHRISTMAS (1993) 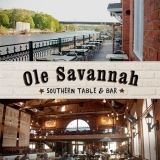 Join us for Brunch with Santa!
Scroll to top